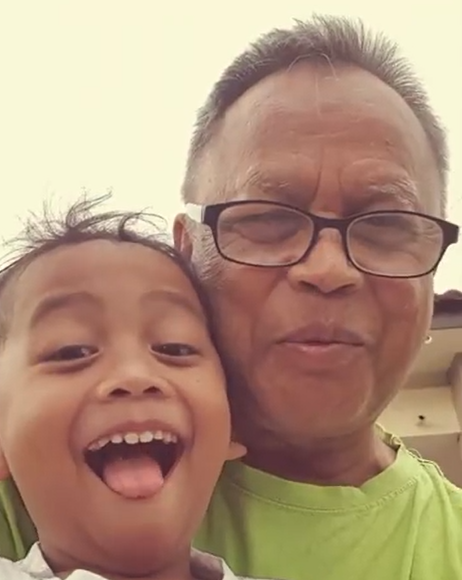 Kusni Ahmad died on Oct 18, 2021. He was a beloved husband, father, grandfather, brother and uncle. He enjoyed spending time with his family, especially his grandchildren. He was born in Kuala Pilah, Negeri Sembilan. He worked for Dewan Bahasa dan Pustaka in Kuala Lumpur. Before he died, he sent video from his hospital bed, thanking everyone for their well-wishes and apologising for not being able to reply individually. In the video, he was choked up with emotion. His nephew Hamimi Shamsul Hamidun wrote: "My Pak Uda was a very nice man. I never saw him angry. "He was always courteous to everyone around him, and was a good neighbour. "I recall how after I completed by SPM, Pak Uda took me to Dewan Bahasa dan Pustaka, and supported me in my endevours to further my studies. Pak Uda and his wife were concerned about their nieces and nephews in their own way. "Pak Uda always had something to read with him. He was always learning, until his last days. "When I last met him, he told me he regretted not being able to give full commitment to the community where he lived. He loved his community. "May he be placed among the pious in heaven."