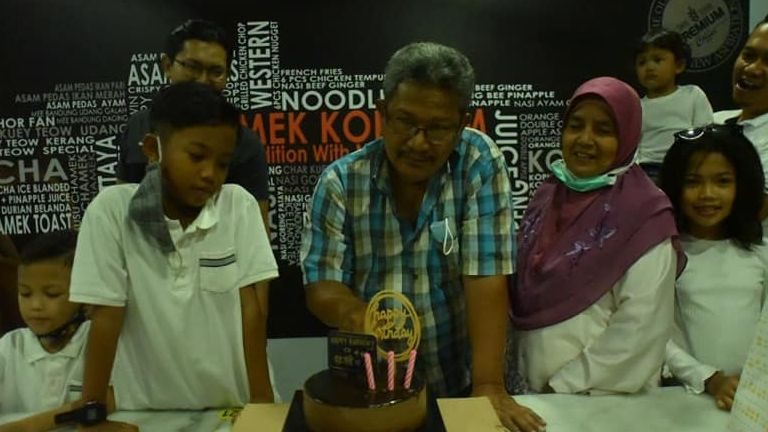 Md Yusop Talib, 73, died at Melaka General Hospital on Oct 19, 2021. He was a beloved father and husband. His daughter Siti Sarah shared: "Oct 8: Babah's wife tested positive for Covid-19. Oct 9: The household is under quarantine. Babah tested negative. Oct 9-16: Babah developed symptoms of fever and sore throat. Oct 17: Babah collapsed and his oxygen level was 89. He was sent to the Melaka General Hospital's emergency department. There were changes to his ECG, indicating he was experiencing a heart attack. He stayed overnight in the emergency department because of this. He was attached to a nasal prong, and was found to be Covid-19 positive using an antigen rapid test kit. Oct 18: A polymerase chain reaction (PCR) test confirmed he is Covid-19 positive. He was transferred to a one-to-one ward. He can still speak on the phone, even though he was panting. In the late afternoon, his children called him one by one. At about 8pm, he stopped answering calls. We thought he was asleep but actually, after he was given some water and medication, he went to sleep forever. By the time the doctor did another round of the ward, he was no longer there. The doctor confirmed he died of a heart attack in his sleep. --- Al Fatihah for my Babah. I regret that I kept forgetting to send an oxymeter, and I regret that you called me on Monday to say that you were hungry but we knew we couldn't send any food to the Covid-19 ward. Babah said, "I don't have appetite to eat (what is served by the hospital), please send some food." I regret not being able to send him food so much. Be at peace, Bah. We pray that you are granted the rewards of a martyr for having died during a pandemic. May we meet again."