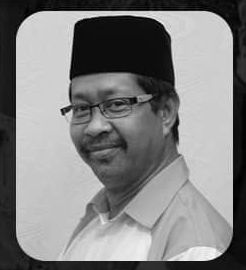 Mohd Sabri Mamat died at Hospital Sultanah Aminah, Johor at 1.30pm on Oct 18, 2021. He was deputy principal in charge of student development at MRSM TDI Pontian. He was also the secretary general of Persatuan Intektual Muslim Malaysia. He was first admitted to Hospital Pontian at 7.30pm the night before he died, after he and his wife tested positive via a Covid-19 saliva test kit. He was transferred to Hospital Sultanah Aminah because his oxygen levels dropped to about 90 percent while his wife was allowed to undergo home quarantine. His died just 24 hours after testing positive for Covid-19 from a related stroke. Before he was buried at Parit Keroma, Ayer Baloi, his remains were driven around the MRSM college as the college gave its final respects.