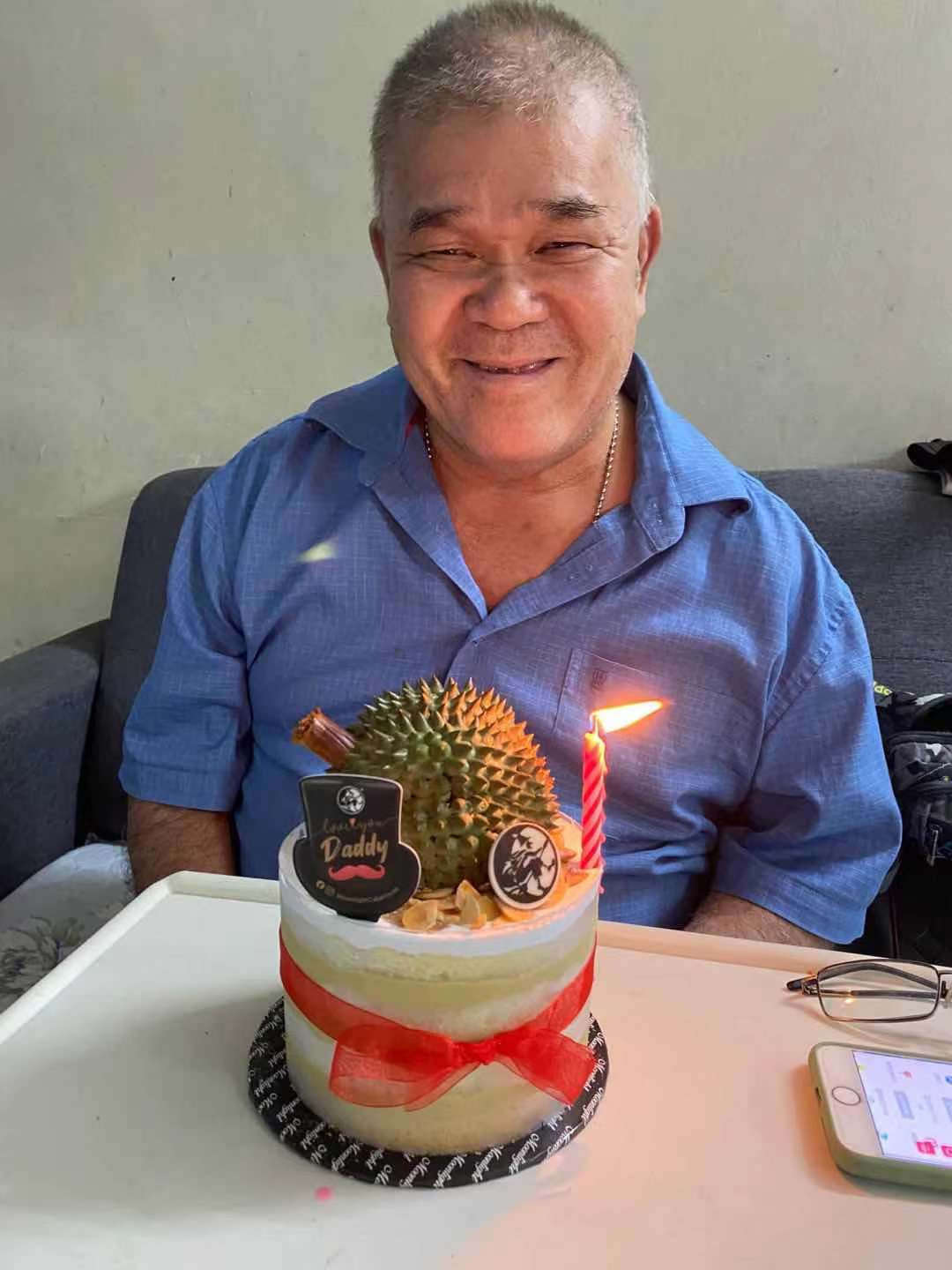 Ng King Hu, 60, died at 12:07 am on July 28, 2021. His daughter wrote: "Covid-19 took my father's life. July 7: Someone was diagnosed with Covid-19 in the wet market where Dad worked, so we immediately took him for screening. The results showed negative at that time. July 10: Someone was diagnosed with Covid-19 at my mother's workplace, so she was also arranged for a screening, and her test also came back negative. July 12: My father began to feel sick, with fever and joint pain, but he refused to see a doctor. July 13: My father went to see a doctor because he was feeling unwell. My mother, the second sister and the younger sister also began to show symptoms. My sister's tested positive with Covid-19. Although my father had symptoms of breathing difficulties, he did not go to the hospital as he knew that the hospitals were operating beyond its capacity. July 14: My father's health condition improved after he took the herbal medicines provided by his friend. At the same time, my sister had fever, kept coughing and vomiting, which worried my father. July 15: My father's health condition suddenly deteriorated although he took the herbal medicines. His blood oxygen dropped to 88-89%. Due to lack of medical knowledge, we did not know that the situation was serious, so he was not sent to the hospital. July 16: My father's health condition was so serious that he was panting when he walked to the kitchen. We were worried that he would not get the care he deserved in the hospital, and because of he did not speak Malay, so we did not send him to hospital. July 17: My father's condition deteriorated and it made me to have the idea of ​​sending him to the hospital the next day. July 18: We discovered that my father's blood oxygen level had dropped to 60-70%. We immediately contacted the hospital to arrange for admission, but the hospital informed us that due to overload hospitalisation, they will deprioritise patients with lower survival rates to save as many lives as possible. After a discussion, we decided not to send him to the hospital. However, after proper arrangement and persuasion of friends, we arranged my father to be sent to Hospital Kuala Lumpur for treatment. His blood oxygen level only 28%, but at about 10 pm, his blood oxygen level had risen to 70-80%. July 19: My father was assigned to the Intensive Care Unit, and his blood oxygen level improved to 92%. July 20: My father was intubated. July 27: My father had heart failure and kidney failure. We saw him for the last time through video call. His blood oxygen level dropped to 15-18%. July 28: My father passed away at 12am. Our family miss him and love him very much. We miss playing with him, greeting him after returning home from work and the good morning stickers he sent to us every morning. I wish I have a chance to tell him not to worry about me and my sisters. We will take care of ourselves and mother."

We will always remember you