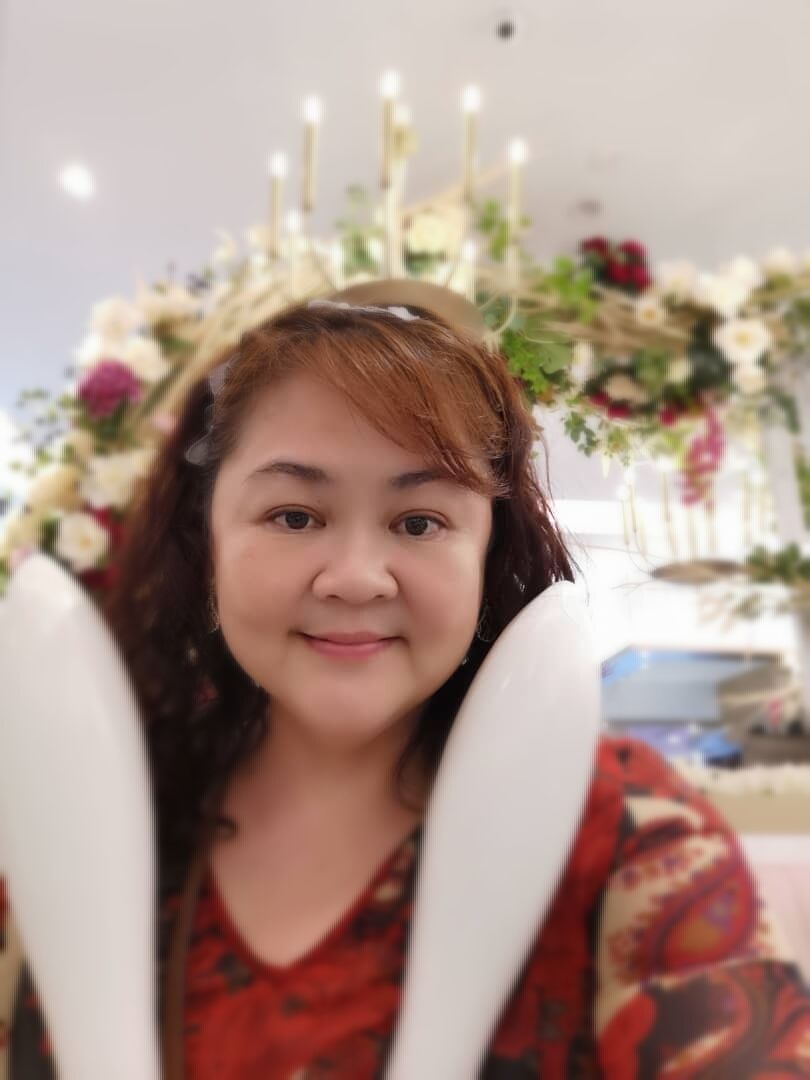 dnabsuChristine Chay Jin Yen, 45, passed away at 8:55 am on July 31, 2021. Her sister wrote: "July 7: My sister received the first dose of vaccine. The next day she started to have a fever and cold symptoms. At first, she thought it was side effect of the vaccine. July 13: After a few days of high fever, my sister went for screening. July 14: Screening results confirmed that my sister was diagnosed. July 15: My sister suffered from breathing difficulties and was sent to Selayang Hospital for medical treatment. The condition improved less than a day or two before getting worse. July 23: A CT scan report showed that my sister had terrible thrombosis in her lungs. At first, 50% of her lungs were damaged. July 26: The lungs deteriorated to 75% damage. July 28: ​​After 6 o'clock in the morning, the doctor decided to intubate my sister because the blood oxygen saturation dropped to below 80 twice in three days. After the intubation, my sister's blood oxygen saturation was only 80, failing to exceed the 80. The doctor said the situation was not optimistic. July 30: On the third day after intubation, my sister's blood oxygen saturation dropped to around 40. The doctor told my brother-in-law to be psychologically prepared. My sister might face brain death or organ failure. July 31: My sister passed away at 8:55 in the morning. Although my sister still left, she fought a beautiful tough battle. This was the second time my sister has struggled with illness. My sister had suffered from stage 3 nasopharyngeal carcinoma in 2013. She had undergone countless electrotherapy and chemotherapy, and was burdened with heavy medical expenses. She had to bear them one by one and triumphed. During my sister's admission to the hospital, her relatives and friends have been cheering for her. My sister had been a salesperson for 23 years. A few weeks before the diagnosis, my sister mentioned to our mother that she wanted to resign and retire early. However, before she had time to resign and the vaccine did not start to play a protective role, she was infected. Her husband and son were also infected, but fortunately, they were only mildly symptomatic. My sister was second among five siblings. She had an older brother, two younger brothers and then me, the youngest sister. My sister was a generous person. She treated guests whenever she can afford it, and was never stingy with her family and friends. After working in a pharmacy, my sister learned a lot about medicine and health care. When the family member was sick or injured, my sister became our medical consultant, who will accompany us to see the doctor to understand our condition, check the medicine prescribed by the doctor, and recommend suitable nutritional supplements. Sister, thank you for loving me over the years, providing assistance when I need help, comforting me when I am not happy and treating me with numerous meals. These warm memories will be in my heart forever."

We will always remember you